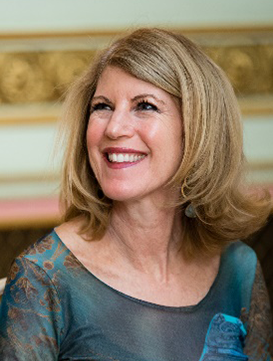 An 18-year journey from theory to impact: The example of cognitive behavioural self-management for irritable bowel syndrome (IBS).

Rona Moss-Morris is Professor of Psychology as Applied to Medicine. She is Head of the Health Psychology Section at the Institute of Psychiatry, Psychology and Neuroscience, King’s College London.  She is a Fellow of Academy of Social Sciences, was awarded the British Psychological Society Division of Health Psychology’s Outstanding Contribution to Research Award in 2015 and the Multiple Sclerosis Society MS Research of the Year in 2014.

She was National Advisor to NHS England for Increasing Access to Psychological Therapies for People with Long Term Conditions from 2011-2016. She was Editor-in-Chief of Psychology and Health from 2006-2010 and is an incoming Editor of Health Psychology Review.

She has been researching psychological factors that affect symptom experience and adjusting to long term conditions for the past 20 years. This research has been used to design theory based cognitive behavioural interventions, including web based interventions, for a range of patient groups. Randomised controlled trials to test the clinical and cost effectiveness of these interventions form a key component of her research.  More recently her focus is on rolling out interventions into real world practice.

In a reflective phase a few years ago, I realised that although I had spent over a decade developing and testing theory-based interventions to improve clinical outcomes for a range of people with chronic long-term health conditions, none of these were part of routine practice. It was time to change tack.   I needed to engage with stakeholders both nationally and internationally to work towards real world impact.

In this keynote, I will use the example of my work on irritable bowel syndrome (IBS) to track the journey from research to doing the work necessary to embed health psychology evidence-based practice into routine clinical care. IBS is a common and costly chronic gastrointestinal disorder that affects 10 – 22% of the population.   There is currently no clear standardised, evidenced based treatment for IBS.   Many patients continue to suffer ongoing symptoms and related disability despite being offered first line medications such as antispasmodics.   I will show how we have used the Medical Research Councils’ framework for developing complex interventions to develop an evidenced based treatment for IBS.   The first phase of the work involved developing an empirically based theory to explain perpetuation of symptoms and disability in IBS drawing from Leventhal’s common-sense model of illness and cognitive behavioural theories.  In the second phase we used this model to develop an IBS specific cognitive behavioural guided self-management approach.   In phase three, we evaluated this intervention in a pilot RCT comparing CBT self-management for IBS to standard medical care.  In phase 4 we developed a guided self-management web-based version of this treatment (Regul8) to make it more accessible to patients.  The final phase of this work was the ACTIB trial where we compared the clinical and cost effectiveness of web-based CBT and therapist delivered CBT with treatment as usual.   There were 558 patients randomised to the three arms in this trial and patients were followed up to one-year post randomisation.  We just completed a further 24 month follow up of the trial and a detailed qualitative and quantitative process analysis to test our original theory and to work out who responds best to treatment and why. The final phase of the work has involved engaging with national training programmes and the national health service to ensure the therapy is rolled-out nationally and a commercial partner to work towards roll-out worldwide. 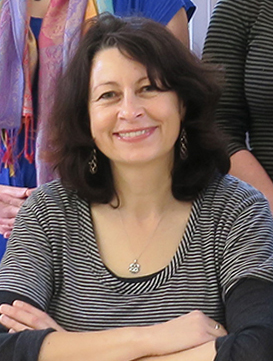 Antonia is a Professor of Health Psychology and Head of School at the School of Health, Victoria University of Wellington, New Zealand.  She has published widely on the social, cultural and mediated contexts of behaviours related to health, and their implications for individual subjectivities, gendered identities and embodied experiences. A key focus has been the role that social media play in drinking cultures, digital alcohol marketing, and the embodied and gendered nature of drinking and drunkenness.  Antonia has published over 80 journal articles and four books, including being the lead editor on Youth Drinking Cultures in a Digital World: Alcohol, Social Media and Cultures of Intoxication (Routledge, 2017 with Tim McCreanor, Ian Goodwin and Helen Moewaka Barnes).  Antonia is currently a co-editor for Qualitative Research in Psychology, an Associate Editor for Psychology and Health, is on the editorial boards of the Addiction: Research and Theory and the Journal of Health Psychology and is also co-editor (with Prof Kerry Chamberlain) of the book series Critical Approaches to Health (Routledge).

This presentation focuses on young people’s drinking practices and social media use in order to highlight the value of using social theory to gain insight into health-related behaviours. In contemporary neoliberal culture, young people are expected to embody discipline and control, to be good, ‘healthy’ and moral citizens, while being simultaneously exhorted to express freedom and individuality through consumer choice and consumption.  This is particularly the case with ‘unhealthy’ commodities that have known health risks, such as alcohol. Within youth drinking cultures alcohol is consumed collectively to reach sensory states of intoxication and disinhibition that are pleasurable and social. Yet heavy consumption and social pleasures must be balanced with an imperative to control the self and manage personal risk. Moreover, young people’s drinking practices are increasingly mediated through digital displays of drinking and drunkenness on social media, introducing further benefits and risks that they must negotiate. Social media platforms are profit-driven, largely unregulated spaces where alcohol marketers employ novel tailored strategies to actively encourage excessive consumption. Young people, however, are socially sanctioned for drunkenness and drunken displays. This occurs within the context of gendered, classed and racialized relations of power such that some groups must manage these tensions more than others, and are disproportionately exposed to risks. These broader commercial and structural forces are important in understanding the complexities involved in young people’s health behaviours and in developing effective health promotion policies and interventions. 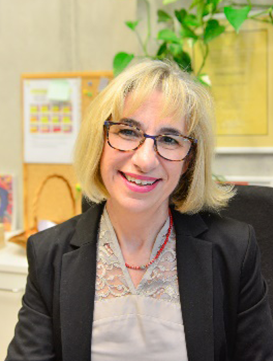 Health and Psychological Consequences of Obesity: Challenges and Future Directions

Dr. Alessandra Pokrajac-Bulian is a tenured full professor of Clinical and Health Psychology at the Department of Psychology, Faculty of Humanities and Social Sciences of the University of Rijeka, where she also serves as the Vice Dean for Science and International Affairs. Over the last decade, her field of research has focused on the negative health outcomes of increased body weight and obesity, such as cardiovascular disease and diabetes, and on the treatment of people with high body weight. In her research, she studies negative body image and body dissatisfaction in people with elevated body weight, and examines their binge eating, psychological problems, and beliefs about the disease. Dr. Pokrajac-Bulian has published more than 60 peer-reviewed articles and book chapters. Her papers were published in Perceptual and Motor Skills, Sex Roles, European Eating Disorders Review, Eating and Weight Disorders – Studies on Anorexia, Bulimia and Obesity, Maturitas, and Personality and Social Psychology Bulletin. She has presented more than seventy papers at scientific conferences, forty of which were international. She was the editor-in-chief, and is currently an editorial board member of the Croatian scientific journal Psychological Topics, and the scientific journal Eating and Weight Disorders – Studies on Anorexia, Bulimia and Obesity. She received the award of the Croatian Psychological Society for her editorial work in Psychological Topics and for her book Obesity – Willingness to Change the Way of Life. For more than ten years, she has been head of the research project “Psychosocial Aspects of Obesity”, funded by the Croatian Ministry of Science and Education, and recently, funded by the University of Rijeka.

Obesity is a metabolic disease that is becoming a worldwide epidemic, with its prevalence increasing in almost all developed countries. It is accompanied by numerous comorbid potentially life-threatening disorders and substantial economic costs. Obesity aetiology is very complex and involves a multifaceted group of risk and protective factors. Recent studies of obesity have focused on examining how the underlying differences in neurobiology guide eating behaviour (e.g. impulsivity, craving and binge eating). Although it is necessary to consider the biological, psychological, and social perspectives to fully understand the phenomenon of obesity, special focus will be given to the psychological determinants of obesity. Since obesity research is most commonly correlational, the factors that precede the development of obesity are considered causes, while those that follow obesity are its consequences. In this exposure, I will present some of the most significant findings that show how psychological factors, such as responsiveness to emotional experience or self-imposed restraint eating increase the likelihood of obesity. Emphasis will also be placed on the consequences of obesity, such as the growing prevalence of mental illness, especially depression, anxiety and eating disorders. Treatment implications will also be presented. 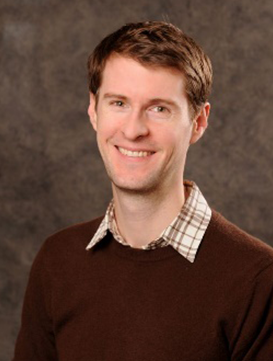 Mark L. Hatzenbuehler, PhD, is Associate Professor of Sociomedical Sciences and Sociology at Columbia University’s Mailman School of Public Health. He completed his doctoral degree in clinical psychology at Yale University and his post-doctoral fellowship at Columbia University, where he was a Robert Wood Johnson Foundation Health & Society Scholar. Dr. Hatzenbuehler’s research examines how structural forms of stigma, including social policies, increase risk for adverse health outcomes among members of socially disadvantaged populations, with a particular focus on lesbian, gay, and bisexual individuals. Dr. Hatzenbuehler has published over 115 peer-reviewed articles and book chapters, and his work has been published in several leading journals, including Proceedings of the National Academy of Sciences, Psychological Bulletin, American Psychologist, American Journal of Public Health, JAMA Pediatrics and JAMA

Psychiatry. His research has been continuously funded by the National Institute of Mental Health, the National Institute on Drug Abuse, the Centers for Disease Control and Prevention, the Swedish Research Council for Health, Working Life, and Welfare, and the William T. Grant Foundation. In recognition of this work, Dr. Hatzenbuehler received the 2015 Louise Kidder Early Career Award from the Society for the Psychological Study of Social Issues, the 2016 Early Career Award for Distinguished Contributions to Psychology in the Public Interest from the American Psychological Association, and the 2016 Janet Taylor Spence Award for Transformational Early Career Contributions from the Association for Psychological Science. His work has been widely covered in the media, including interviews on NPR and MSNBC, and it has been cited in amicus curiae briefs for cases on status-based discrimination.

Psychological research has made significant advancements in the study of stigma. However, this research has been criticized for focusing almost exclusively on individual and interpersonal stigma processes to the exclusion of structural factors that promulgate stigma. To address this knowledge gap, researchers have recently expanded the stigma construct to consider how broader, macrosocial forms of stigma—what I call structural stigma—also disadvantage stigmatized individuals. In this talk, I will define the construct of structural stigma and describe how it differs from psychological stigma processes at the individual and interpersonal levels.  I will then review emerging evidence from observational, quasi-experimental, and laboratory studies that structural stigma: (1) exerts direct and synergistic effects on stigma processes that have long been the focus of psychological inquiry (e.g., concealment, rejection sensitivity); (2) serves as a contextual moderator of the efficacy of psychological interventions; and (3) contributes to numerous adverse health outcomes for members of stigmatized groups—ranging from dysregulated physiological stress responses to premature mortality.  Each of these pieces of evidence suggests that structural stigma is relevant to psychology and therefore deserves the attention of psychological scientists interested in understanding and ultimately reducing the negative consequences of stigma.